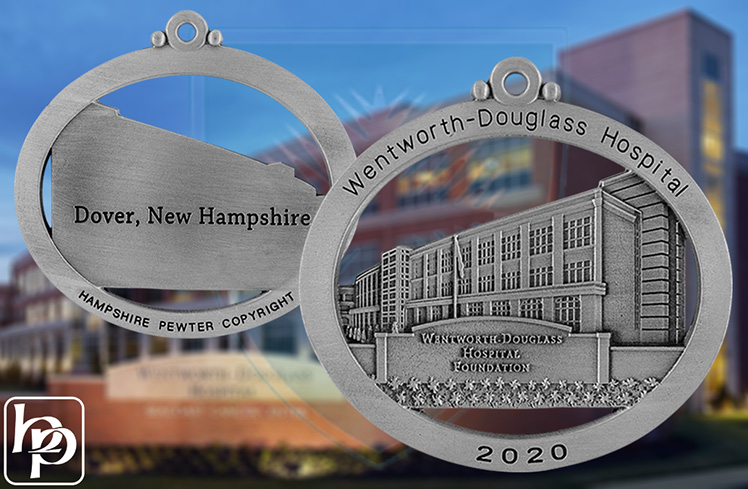 A Brief History of Wentworth-Douglass Hospital

Wentworth-Douglass Hospital originated on March 15, 1904 when Dover City Council received $100,000 in trust of a legacy of the late Arioch Wentworth. The hospital officially opened two years later on August 30, 1906. It consisted only of two small buildings (a Men’s and a Women’s ward) as well as a two-story administration building that also served as the Nurse’s home. The three buildings were linked by corridors. It was located at the northern base of Garrison Hill in Dover. All that remains of the original hospital is a stone wall running along Central Avenue.

Over the years, Wentworth-Douglass Hospital has grown and developed tremendously. Originally the medical staff consisted of only four general practice doctors and four general surgeons. It cost patients between $1.50 and $3.50 per day.  The first superintendent of the hospital was Grace Haskell RN. She held this position until 1937. It was very rare for a woman to hold such a position at the time as most doctors and board members were male. An esteemed nursing school was also run in the hospital from 1906 to 1952 when colleges began to offer professional nursing programs. The hospitals policy was to care for all, regardless of religion, race, or financial means. The early efforts of the hospital concentrated on fighting outbreaks of measles and influenza as well as food rationing during the Depression and WWII.

The hospital was not always called Wentworth-Douglass Hospital. It was originally called Wentworth Hospital until 1954 when it was changed to Wentworth City of Dover Hospital. Finally in 1961, the name was changed to Wentworth-Douglass in honor of Mr. and Mrs. Francis S. Douglass. Louise B. Douglass bestowed in trust a half million dollars after her husbands passing. This funded a large addition to the hospital and 33 more beds.

In 1982 the hospital incorporated as a non-profit community hospital. This allowed for s larger reach of patients as well as working with other health institutes. Today Wentworth-Douglass is one of the largest acute care facility in the Seacoast, with 178 beds. According to the website, the hospital includes “over 2,500 employees, a 400 member medical staff, primary care and specialty practices, the Wentworth-Douglass Foundation, The Works Family Health & Fitness Center and affiliations with academic medical centers including Massachusetts General Hospital.”

To learn more about the hospital go to: