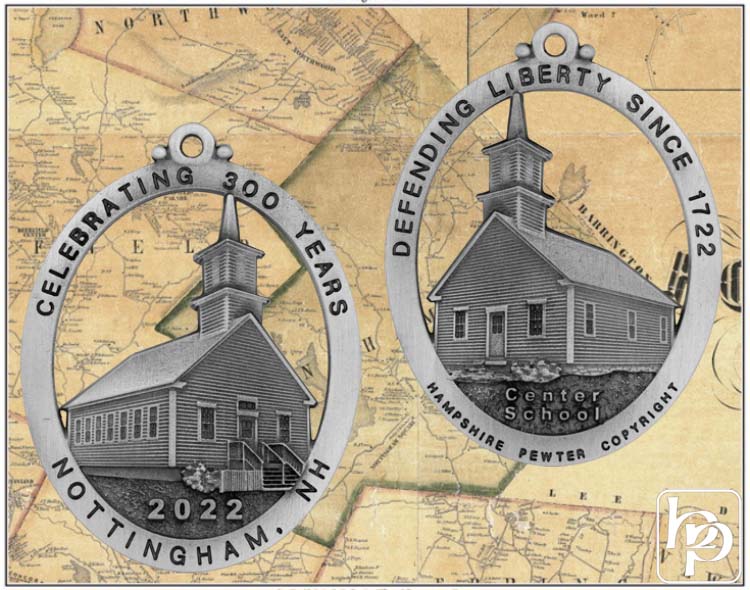 The Center School is a historic meeting house, school and now a museum. The single story structure, built in the Greek Revival style in the early 1800s. The front of the of the building has a door with a transom window. A tower sits atop the school. The tower contains a belfry and the spire is topped with a weathervane shaped like a quill pen. The building originally served as a church and a meeting house. In 1870 it began also being used as a school. In 1878 the Universalist church which held services there built its own place of worship making the building strictly a school.

In 1952 the church was moved closer to the center of Nottingham and an addition was built to increase capacity. A new elementary school was built in 1995 and the addition was then used as the town’s police department. The Center School now serves as the Van Dame Museum and Research Center and also a community center.