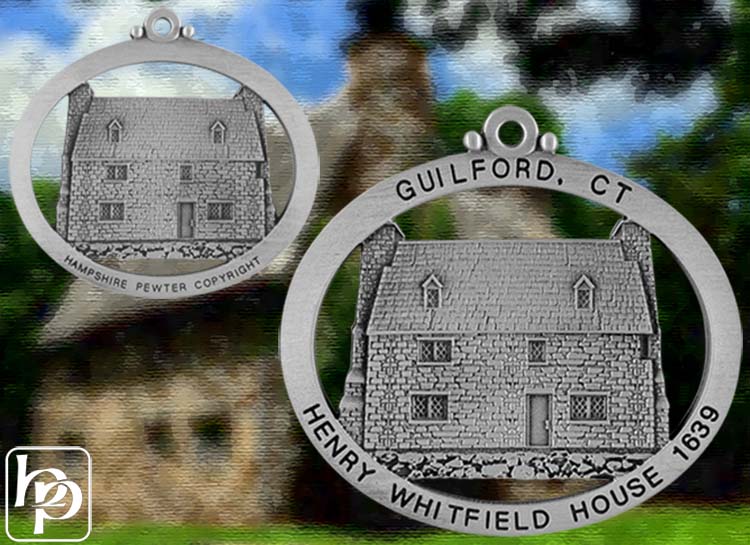 Guilford is a town located on the coast of Connecticut halfway between New Haven and Saybrook. It was settled in 1639 by a band of Puritans after being purchased from local Native Americans, represented by female chief, Shaumpishih. They called the plantation Menuncatuck, which would later be called Guilford. The town has a population of about 22,000 and is known for its large quantity of historic homes, one of which is the Henry Whitfield House.

In 1639, construction began on the Henry Whitfield House. Built of local granite, the house is the oldest in Connecticut and the oldest stone house in New England. The house was built when a group of English Puritans, Rev. Henry Whitfield included, entered into an agreement with the Menuncatuck band of the Quinnipiac tribe and retitled the land Guilford. The state of Connecticut has owned and operated the house as a public museum since 1900 and the site is considered an Archeological Preserve.

During it’s 400 year life, the house has undergone several renovations. It was restored by architects Norman Isham and J. Frederick Kelly in the early 20th century. The house is a physical reminder of the European settler colonialism of the 1600s as well as the Colonial Revival restoration work and is named a National Historic Landmark.

This is the 5th custom ornament we have made for the Guilford Keeping Society. The historical association has a rich history itself. In January of 1947, members of Guilford formed a society originally known as “Old House Group.” The group’s intention was to cultivate appreciation for “early New England family values and to raise awareness of the rich and varied legacy of early New England homes in the community.” To learn more about Guilford Keeping Society click here.