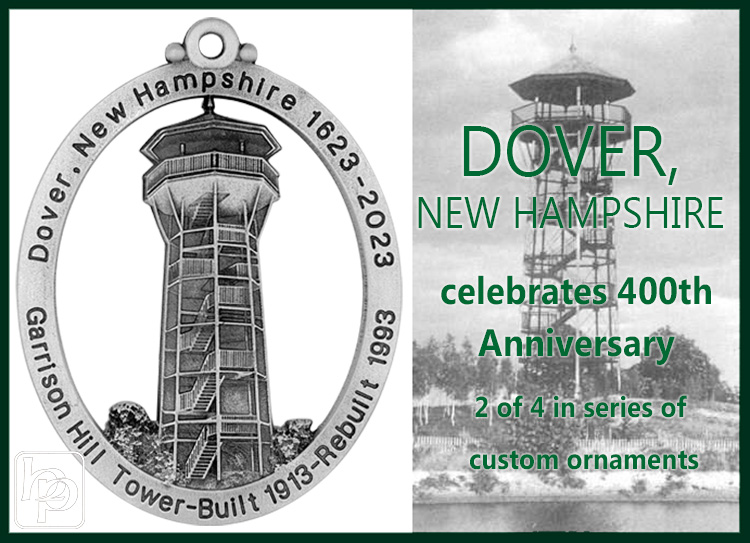 Garrison Hill stands 298 feet tall and is located just off Central Avenue north of downtown Dover. The first tower on Garrison Hill was built in 1880 when Joseph Ham and Harrison Haley purchased the land to be a public park. Architect, B.D. Steward was commissioned by Haley to design an observatory. The wooden tower was 65 feet tall and looked over the parks ice skating rink.

In 1888, the 8 acre hill was purchased by the city of Dover and continued to operate as a public park. A new tower made of steel was built in 1913, commissioned by Abbey Sawyer in honor of her husband, but was taken down in 1990 for safety reasons. The third and present tower was built in 1993 by 9000 hours of volunteer work. It is an 76 foot iron structure painted in Dover’s signature green with wooden stairs and platforms.

The tower is one of Dover’s most popular landmarks and welcomes visitors year round. The park is open 7am – 9:30pm April through September and 7-7pm October through March. If you’re in the seacoast area of New Hampshire be sure to add Garrison Hill Tower to your list of places to visit!