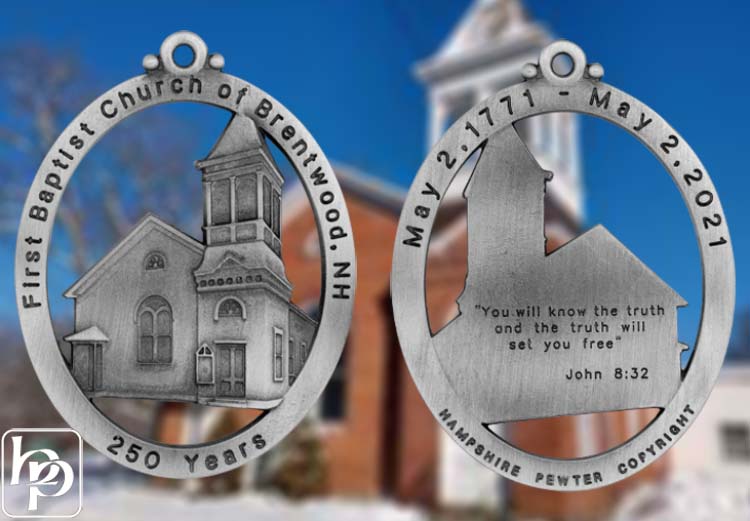 First Baptist Church of Brentwood, founded in 1771 by Dr. Samuel Shepard, was originally called Brentwood Baptist Church. Dr. Shepard ministered for 40 years, through the American Revolution. He traveled as an Evangelist throughout Southern New Hampshire and Northern Massachusetts founding several satellite churches in places such as Amesbury and Salisbury, MA and Hampton Falls, NH. At this point, the church was referred to as Brentwood Baptist Church and its Branches. It was New England’s largest church at one time.

The original building burned and the current church was built in 1829. The Vestry was added in the mid-1950s. It houses offices, a Sunday school room, a large meeting room, and a kitchen.

First Baptist Church of Brentwood celebrated their 250th anniversary in the summer of 2021. They commissioned Hampshire Pewter to create a custom ornament for the occasion. It features the front of their church building including the steeple. The back has a Bible verse, John 8:32, “You will know the truth and the truth will set you free.”