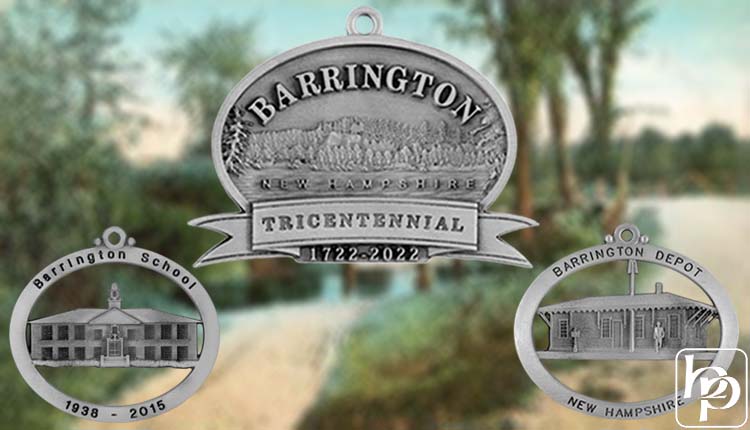 Barrington, New Hampshire is a small town in Strafford County in Southeastern New Hampshire. The town was incorporated in 1722, making this year their 300th anniversary. To mark the special occasion the Barrington Tricentennial Committee commissioned Hampshire Pewter to create a series of 3 custom ornaments to be released each year preceding the anniversary. In 2020, we released an ornament featuring the Barrington Depot. In 2021, the town chose the old Barrington School to be portrayed. The final design for the tricentennial is a simple, bucolic design. It features Stone House Pond, a ribbon reading “Tricentennial” and the year of establishment to present.

We are always excited to help a town or organization celebrate an anniversary or milestone. Currently, we are working on several custom projects for a variety of customers, so stay tuned to see what’s in store.