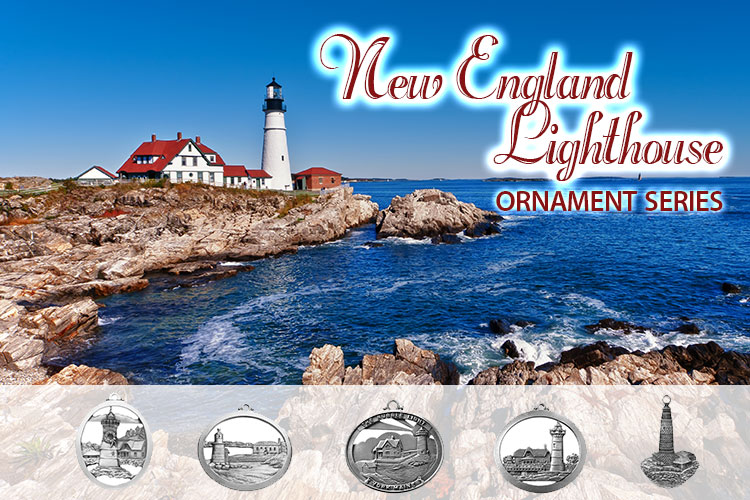 Posted by Hampshire Pewter on 10/15/2015 to Ornaments
From the tip of Cape Cod, Massachusetts to the rocky coast of Portland, Maine, lighthouses are a symbol of New England's rich maritime history. For centuries, these majestic beacons of light have served to guide sea captains and their ships through the night.The Hampshire Pewter Lighthouse Collection captures the historic landmarks along New England's coast in a collectible pewter ornament series. Boston Light 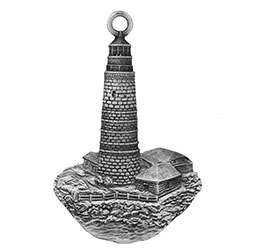 Boston Light is North America's oldest and most famous lighthouse. Located in Boston Harbor on Little Brewster Island in Massachusetts, it was built in 1716. It was the first true lighthouse with tower and glassed-in lantern in North America. It was badly damaged during the violence of the American Revolution and rebuilt in 1783. In 1859, fourteen feet was added to the height of the tower, making it 89 feet tall. Its Fresnel lens was installed in 1859 and is still in use today, providing 1,800,000-candlepower light, visible for up to sixteen miles. 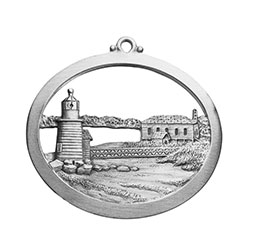 Brant Point Lighthouse is located on the south side of the entrance to Nantucket Harbor. It was first established in 1746 and automated in 1965. It was only the second lighthouse built in America, after the Boston Light. The current tower was originally built in 1856, after several fires. The tower only stands 26 feet high & thus its light has been changed to red so it would not be mistaken for house lights. It is the only light left on the harbor entrance of the ten lights on the point. 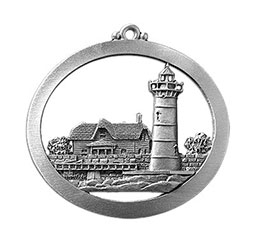 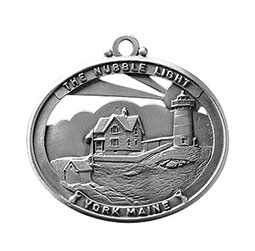 The Nubble Light York, Maine has appeared on more postcards, calendars, and other souvenirs than nearly any other New England lighthouse. The "Nubble" is a small, Rocky island a short distance off the eastern point of Cape Neddick Maine. The 41-foot cast-iron Nubble Light tower was built in 1874 and was first illuminated on July 1, 1879. The distinctive red oil house was built in 1902, and the walkway connecting the lighthouse to the keeper's house was added in 1911. The usual way of getting to and from the Nubble was by boat. For a time, the keepers used a bucket suspended on a line across the channel to transport supplies, and on a few occasions their school-bound children! The light was automated in 1987 when the last keeper left the island. The lighthouse officially became the property of York, ME in 1997.